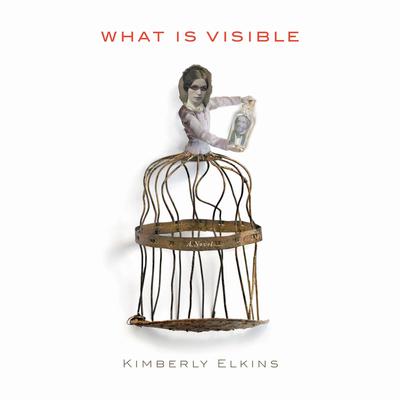 What Is Visible (Digital Audiobook)

With Laura—by turns mischievous, temperamental, and witty—as the book's primary narrator, the fascinating kaleidoscope of characters includes the founder of Perkins Institute, Samuel Gridley Howe, with whom she was in love; his wife, the glamorous Julia Ward Howe, a renowned writer, abolitionist, and suffragist; Laura's beloved teacher, who married a missionary and died insane from syphilis; an Irish orphan with whom Laura had a tumultuous affair; Annie Sullivan; and even the young Helen Keller.

Deeply enthralling and rich with lyricism, What is Visible chronicles the breathtaking experiment that Laura Bridgman embodied and its links to the great social, philosophical, theological, and educational changes rocking Victorian America. Given Laura's worldwide fame in the nineteenth century, it is astonishing that she has been virtually erased from history. What is Visible will set the record straight.

Kimberly Elkins' fiction and nonfiction have been published in The Atlantic Monthly, Best New American Voices, The Iowa Review, The Village Voice, Maisonneuve, Glamour, Prevention and McGraw-Hill's college textbook, "Arguing Through Literature," among others. She was a finalist for the 2004 National Magazine Award and has received fellowships from the Edward Albee and William Randolph Hearst foundations, the SLS fellowship in Nonfiction to St. Petersburg, Russia, the St. Botolph Emerging Artist Award, and a joint research fellowship from the Houghton Library at Harvard, the Schlesinger Library at Radcliffe, and the Massachusetts Historical Society for research on her novel. Residencies include the Millay Colony and Blue Mountain Center, and she was also the 2009 Kerouac Writer in Residence. Kimberly has had five plays produced Off-Off Broadway and been the wiinner of a New York Moth Slam and the Boston Book Festival Writer Idol. She has taught at Florida State University and Boston University, and is currently a Visiting Lecturer and Advisor for the M.F.A. Program in Creative Writing at the University of Hong Kong, the first MFA in Asia. Previous jobs include Executive Assistant to Harvey Weinstein at Miramax, and Assistant to Elia Kazan at the Actors' Studio Playwrights' Unit. She has a B.A. from Duke University, an M.A. in Creative Writing from Florida State, and an MFA in Fiction from Boston University. Kimberly currently lives in Cambridge, Massachusetts.