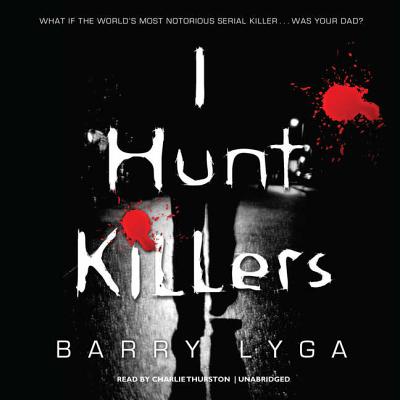 Jazz is a likable teenager. A charmer. But he's also the son of a (now incarcerated) infamous serial killer, and "Dear Old Dad" (as Jazz calls him) has taught Jazz everything he knows. But what Jazz doesn't know is whether or not he is destined to follow in his father's footsteps. He knows he has urges, but he also knows (hopes) that he has a conscience, that he isn't like his father, that he can follow his own path. And so, in an effort to right his father's wrongs, Jazz decides to help the police (although they don't know it yet) hunt down "the Impressionist"--a new serial killer in town.As the Impressionist kills more victims, Jazz uses the "skills" he's learned to determine the killer is copying his father's career--almost to the letter. Everyone in town thinks that Jazz could be the murderer, and why shouldn't they? The only people that stand by him are his hemophiliac best friend, Howie, and his tough, beautiful girlfriend, Connie--one of the few girls Jazz feels comfortable around given his father's history: his dad may have murdered dozens of women, but they were all white, and Connie is black.As the bodies pile up, Jazz struggles with determining his "true" destiny. Ultimately, he manages to stop the Impressionist, but in the meantime learns his father has escaped from his maximum security prison, and Jazz may have played a role in his escape. For now he's safe, but he knows his dad is out there, somewhere, looking for his next victim.

Barry Lyga has published nine novels in various genres in his six-year career, including his latest, the "I Hunt Killers" series. His books have been or are slated to be published in nine different languages in North America, Australia, Europe, and Asia. His latest series is "I Hunt Killers," called by the "LA Times" "one of the more daring concepts in recent years by a young-adult author" and an "extreme and utterly alluring narrative about nature versus nurture." The series has been optioned for television by Warner Bros./Silver Pictures.
Loading...
or
Not Currently Available for Direct Purchase