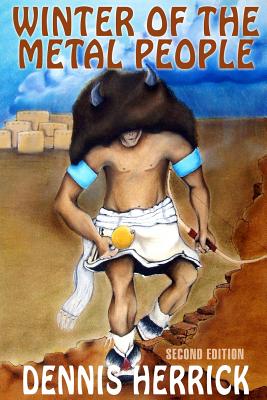 Winter of the Metal People

The first named war between the Europeans and the Native Americans was the nearly forgotten Tiguex War, which Spaniards and their Mexican Indian allies fought in 1540-42 against the Pueblo Indians along the Rio Grande, between present-day Albuquerque and Santa Fe in New Mexico.

This historical novel "Winter of the Metal People" presents the first account of the war written from the Puebloan point of view. It follows a young Pueblo warrior who reluctantly takes leadership of his people in a time of crisis, overcoming self-doubt to lead Puebloans in successful guerilla warfare against the Spaniards.

Praise for Winter of the Metal People and author Dennis Herrick