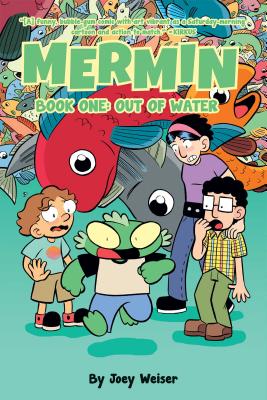 The first book in Joey Weiser's Eisner Award-nominated series is now in paperback! Mermin is just your average Merman from the underwater kingdom of Mer, and all he wants is to have fun adventures on land with his new human friends. But with the whole ocean out looking for him, it's going to be harder than he thought!

Joey Weiser is the author of the Eisner Award-nominated MERMIN graphic novel series from Oni Press. His comics work ranges from writing and drawing for SPONGEBOB COMICS to coloring the JEDI ACADEMY: A NEW CLASS series. His first graphic novel, THE RIDE HOME, was published in 2007 by AdHouse Books. He is a graduate of the Savannah College of Art & Design and currently lives in Athens, Georgia.
Loading...
or support indie stores by buying on
(This book is on backorder)