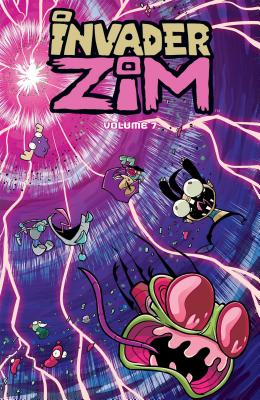 ZIM finds himself imprisoned with all his worst enemies in a special two-part storyline! Meanwhile, ZIM's other worst enemy, Dib, attempts to foil him in both a Physical Fitness competition and an Invention Fair! And in a special one-shot story by cartoonist KC Green, Dib learns that there are some birds you just don't mess with. Collects issues #31-#35.

Down and out in Massachusetts, KC Green writes and draws comics for a long time, then a longer time happens where he is playing video games or watching the same 5 YouTube ASMR videos. The day starts again in much the same path, but instead maybe it’s Wednesday and not Tuesday. kcgreendotcom.com
Loading...
or support indie stores by buying on