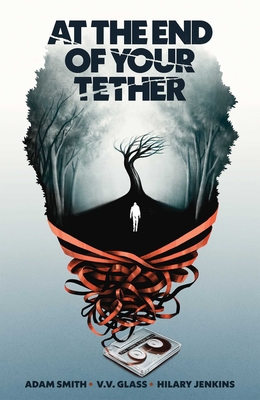 At the End of Your Tether

For fans of Brick or Paper Towns comes At the End of Your Tether, the story of a boy who goes searching for his missing ex-girlfriend only to discover that some things aren’t meant to be found.

It's a humid summer night in August 1997 and Ludo Carre is nervous. He hasn't seen or spoken to his ex, Arlo Quinonez since he was fifteen. Now, he's returning home to be reunited with the one person he made a connection with in his youth. The night before he arrives, Ludo gives her a phone call. Big laughs and a familiar cadence in Arlo's voice don't just instantly calm him down -- they make him excited to see her. That excitement only hurts him more when they show up the next day and find out Arlo has been missing...for the last week. Determined to find her, Ludo takes things into his own hands, but the further he gets into his investigation, the more he questions how well everyone on base, in town, and even he himself really knew her. Gone without a trace, the girl he once knew everything about has now become a mystery. Where is his best friend — and who is she, as well?

Praise For At the End of Your Tether…

"In this accounting, first love is so important, but not necessarily for the reasons, you think it is when you are in the middle of it, and that observation by itself makes At the End of Your Tether stand out from so many other stories that tackle the same territory."
— Comics Beat

V.V. Glass is a graduate of Wimbledon Foundation School and St. Catherine's College Oxford. They have worked with Titan Comics on licenses such as Dr. Who and Assassins Creed, Extraversal, and MTV, as well as producing game assets and concepts.

Adam Smith is a writer who currently resides in Kansas City. He was part of Scott Snyder’s first DC Talent Workshop. His first graphic novel, Long Walk To Valhalla, was nominated for both an Eisner and a Harvey. He is currently writing Jim Henson’s Beneath the Dark Crystal and his upcoming book, Down River People, is currently being illustrated at Archaia.
Loading...
or support indie stores by buying on