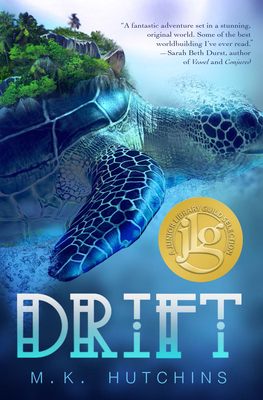 Tenjat joins a dangerous defense to protect his island home from the monsters who threaten it in this fresh new YA fantasy inspired by Mayan and Indian folklore, by a talented debut author.

There's no place for love on the shores of Hell.

Tenjat lives on the shores of Hell, an ocean filled with ravenous naga monsters. His island, a massive Turtle, is slowed by the people living on its back. Tenjat is poor as poor gets: poor enough, even, to condescend to the shame of marriage, so his children can help support him one day.

But Tenjat has a plan to avoid this fate. He will join the Handlers, those who defend and rule the island. Handlers never marry, and they can even provide for an additional family member. Against his sister's wishes, Tenjat joins the Handlers. And just in time: the Handlers are ramping up for a dangerous battle against the naga monsters, and they need every fighter they can get.

As the naga battle approaches, Tenjat's training intensifies, but a long-hidden family secret-not to mention his own growing feelings for Avi-put his plans in jeopardy, and might threaten the very survival of his island.