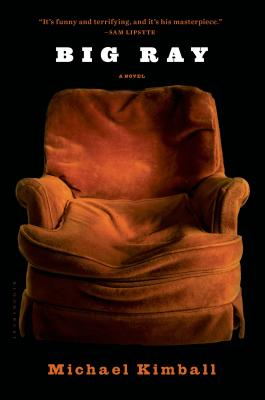 Big Ray's temper and obesity define him. When Big Ray dies, his son feels mostly relief, dismissing his other emotions. Yet years later, the adult son must reckon with the outsized presence of his father's memory. This stunning novel, narrated in more than five hundred brief entries, moves between past and present, between his father's death and his life, between an abusive childhood and an adult understanding. Shot through with humor and insight that will resonate with anyone who has experienced a complicated parental relationship, Big Ray is a staggering family story-at once brutal and tender, sickening and beautiful.

Michael Kimball is the author of The Way the Family Got Away, Dear Everybody, and, most recently, Us, and his novels have been translated into a dozen languages. His work has been featured on NPR's All Things Considered and in the Guardian, Vice, Bomb, and New York Tyrant. He is also responsible for the project Michael Kimball Writes Your Life Story (on a postcard) and a couple of documentary films. He lives in Baltimore. Visit his website at michael-kimball.com
Loading...
or
Not Currently Available for Direct Purchase