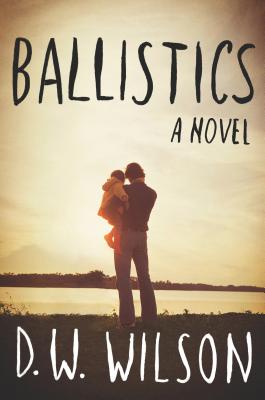 It is summer and the Canadian Rockies are on fire. As the forests blaze, Alan West heads into their shadows, returning from university to his grandfather's home in the remote Kootenay Valley, wherethe man who raised him has suffered a heart attack. Confronting his own mortality, the tough and taciturn Cecil West has a dying request for his grandson: track down the father Alan has never known so that the old man can make peace with him.

And so Alan begins his search for the elusive Jack West, a man who skipped town before his son could walk and of whom his grandfather has always refused to speak. His quest will lead him to Archer, an old American soldier who decades ago went AWOL across the border into Canada. Archer has been carrying a heavy burden for many years, and through him Alan learns the stories of two broken families who came together, got too close, and then fell apart in tragic ways.

Ballistics is a remarkable first novel, about family ties and the wounds that can linger for generations when those relationships are betrayed.

D.W. Wilson was born and raised in the small towns of the Kootenay Valley, British Columbia. He is the recipient of the University of East Anglia's inaugural Man Booker Prize Scholarship - the most prestigious award available to students in the MA program. Wilson's short stories have been awarded the BBC National Short Story Award and the CBC Short Story Prize. This is his first novel. He currently lives in London.