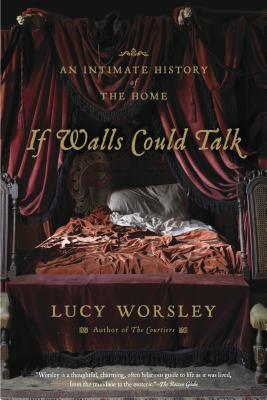 If Walls Could Talk

An Intimate History of the Home

“Worsley is a thoughtful, charming, often hilarious guide to life as it was lived, from the mundane to the esoteric.” -The Boston Globe

Why did the flushing toilet take two centuries to catch on? Why did medieval people sleep sitting up? When were the two “dirty centuries”? Why, for centuries, did rich people fear fruit?

LUCY WORSLEY is an historian, author, curator and television presenter. Lucy read Ancient and Modern History at New College, Oxford and worked for English Heritage before becoming Chief Curator of Historic Royal Palaces, based at Hampton Court. She also presents history programmes for the BBC including Empire of the Tsars: Romanov Russia with Lucy Worsley and Lucy Worsley's Reins of Power: The Art of Horse Dancing. Her bestselling books include A Very British Murder: The Curious Story of how Crime was Turned into Art; If Walls Could Talk: An Intimate History of the Home; Courtiers: The Secret History of the Georgian Court; and Cavalier: The Story of a 17th Century Playboy. She lives in London, England.
Loading...
or support indie stores by buying on