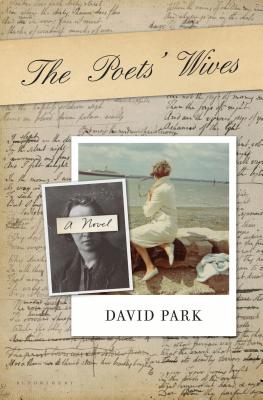 What does it mean to be a poet's wife, his muse and lover, there for the heights of inspiration and the quotidian of the day-to-day, and oftentimes, too, the drudgery of being in a supporting role to “the great man”?

In this exquisite and sensitive new novel, David Park explores this complicated relationship through three luminous characters: Catherine Blake, wife of William Blake, nineteenth-century poet, painter, and engraver; Nadezhda Mandelstam, whose husband, Russian poet Osip Mandelstam, died in a transit camp en route to Siberia during Stalin's rule; and Lydia, the wife of a fictional contemporary Irish poet, who looks back on her husband's life in the days just after his death.

All three women deal with their husband's fame or notoriety, taking seriously their commitment to the men they married and to assisting with and preserving their work. And this despite infidelities, despite a single-mindedness at the expense of others, and despite hardship sometimes beyond comprehension.

Set across continents and centuries, under wildly different circumstances, these three women exist as a testament to love, to relationship despite the odds, and to art. Deeply insightful and beautifully wrought, The Poets' Wives is David Park at his best-a novelist who finds dignity and grace away from the spotlight, and who reminds us that art has the power to capture even the quietest of voices.

David Park has written eight previous books including The Big Snow, Swallowing the Sun, The Truth Commissioner and, most recently, The Light of Amsterdam. He has won the Authors' Club First Novel Award, the Bass Ireland Arts Award for Literature, the Ewart-Biggs Memorial Prize, the American Ireland Fund Literary Award and the University of Ulster's McCrea Literary Award, three times. He has received a Major Individual Artist Award from the Arts Council of Northern Ireland and been shortlisted for the Irish Novel of the Year Award three times. In 2014 he was longlisted for the Sunday Times EFG Short Story Award. He lives in County Down, Northern Ireland.
Loading...
or
Not Currently Available for Direct Purchase