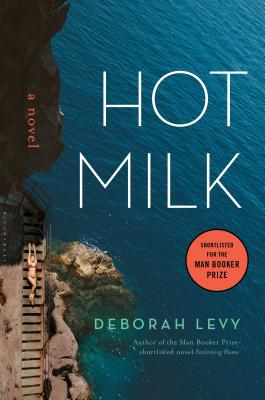 I have been sleuthing my mother’s symptoms for as long as I can remember. If I see myself as an unwilling detective with a desire for justice, is her illness an unsolved crime? If so, who is the villain and who is the victim?

Sofia, a young anthropologist, has spent much of her life trying to solve the mystery of her mother’s unexplainable illness. She is frustrated with Rose and her constant complaints, but utterly relieved to be called to abandon her own disappointing fledgling adult life. She and her mother travel to the searing, arid coast of southern Spain to see a famous consultant--their very last chance--in the hope that he might cure her unpredictable limb paralysis.

“Gorgeous . . . What makes the book so good is Ms. Levy’s great imagination, the poetry of her language, her way of finding the wonder in the everyday, of saying a lot with a little, of moving gracefully among pathos, danger and humor and of providing a character as interesting and surprising as Sofia. It’s a pleasure to be inside Sofia’s insightful, questioning mind.” - The New York Times

“Levy has spun a web of violent beauty and poetical ennui . . . the book exerts a seductive, arcane power, rather like a deck of tarot cards, every page seething with lavish, cryptic innuendo.” - The New York Times Book Review

“In Levy’s evocative novel, dense with symbolism, a woman struggles against her hypochondriacal mother to achieve her own identity.” - The New York Times Book Review, “100 Notable Books of 2016”

“A powerful novel of the interior life, which Levy creates with a vividness that recalls Virginia Woolf . . . Transfixing.” - Erica Wagner, The Guardian

“The novel's eerie atmosphere and sibylline turns of phrase have made Hot Milk the bettor's favorite for this year's Man Booker Prize . . . Its moody spell and haunted imagery pull you in.” - Sam Sacks, The Wall Street Journal

“Exquisite prose . . . Hot Milk is perfectly crafted, a dream-narrative so mesmerising that reading it is to be under a spell. Reaching the end is like finding a piece of glass on the beach, shaped into a sphere by the sea, that can be held up and looked into like a glass-eye and kept, in secret, to be looked at again and again.” - Suzanne Joinson, The Independent

“Levy’s language is precise. The absurdities of her style seem scattershot at first, but yield a larger pattern: a commentary on debt and personal responsibility, family ties and independence.” - Washington Post

“A singular read . . . Levy has crafted a great character in Sofia, and witnessing a pivotal moment in her life is a pleasure.” - starred and boxed review, Publishers Weekly

“Great lush writing [and] luxuriation in place. No writer infuses the landscape, urban or rural, with as much meaning and monstrosity as Levy . . . Unmissable.” - Eimear McBride, The New Statesman

“A beguiling tale of myths and identity . . . provocative . . . The difficult, ambivalent, precious mother-daughter relationship forms the core of this beautiful, clever novel.” - Michele Roberts, The Independent

“Among the questions posed in this heady new novel: Is Sofia’s mother, Rose, sick or a hypochondriac who’s feverish for attention? And more important, can the frustrated Sofia break the chains of familial devotion and live for herself?” - O, the Oprah Magazine

“The author of the elusive, powerful novel Swimming Home has another tale of family dysfunction. In the unforgiving heat of southern Spain, wayward anthropologist Sofia Papastergiadis delivers her mother into the hands of an eccentric doctor whom they hope can diagnose the mysterious illness that has taken over her body.” - Elle.com, “11 of the Best Books to Read in July”

“A fascinating book about sexuality, anger, medicine, and the drive to stay alive, Hot Milk is a unique novel that reads like a lucid dream.” - Bustle, "12 Travel Books That Will Transport You This Summer”

“The Man Booker short-listed Levy . . . draws in readers with beautiful language and unexpected moments of humor and shock.” - Library Journal

“A captivating demonstration of why Levy is one of the few necessary novelists writing in Britain today. This is the poetry and playfulness of her prose . . . More important, Levy grapples with and presents the complex psychology and multiple facets of her female characters like few others, which makes the recent reappraisal of her life’s work all the more welcome.” - The Forward

“Levy's reputation as a singularly talented writer is on display throughout this novel, and this is most obvious at the basic level of the sentence. Her prose is lean and taut, poetic and rich with symbolism; each sentence shaped with care with nary a redundant word.” - PopMatters

“Hot Milk is a purposeful work of how someone might find sustenance.” - Daily Kos

“Acutely relevant . . . A triumph of technically adroit storytelling. Levy’s elegant and poised prose has the rare quality of being simultaneously expansive and succinct . . . A breath of fresh air.” - The Literary Review

Deborah Levy trained at Dartington College of Arts before becoming a playwright. Her plays include Pax, Heresies, Clam, Call Blue Jane, Shiny Nylon, Honey Baby Middle England, Pushing the Prince into Denmark and Macbeth-False Memories. She has also written some novels and was a Fellow in Creative Arts at Trinity College, Cambridge from 1989-1991.
Loading...
or support indie stores by buying on
(This book is on backorder)