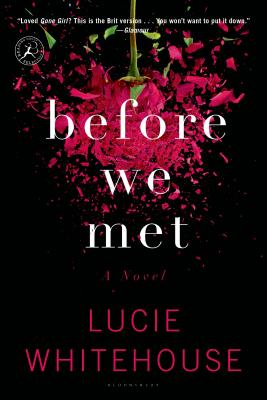 Before We Met (Paperback)

Hannah has always been wary of commitment, but when she meets Mark, a fellow Brit, one hot New York summer, her ideas change. Within months, they are married, and she has moved back to London to be with him, leaving her life in New York behind.

But when Mark fails to return from a business trip, her certainty about their marriage starts to crack. Why don't his colleagues know about the trip? Who is the woman who keeps calling his office? And why has Hannah's bank account been emptied?

Hannah's questions will uncover secrets that throw into doubt everything she has believed about her husband, secrets that lead her to a place of violence and fear.

Can you ever really know what happened before you met?

Lucie Whitehouse was born in Warwickshire in 1975, read Classics at Oxford University and now lives in Brooklyn, New York. She is author of The House at Midnight and the TV Book Club pick The Bed I Made.
@LWhitehouse5


Praise For Before We Met: A Novel…

“A crackerjack premise that will hook readers from the first page . . . A gripping cat-and-mouse read.” —Booklist

“An intriguing thriller that avoids romantic-suspense clichés . . . and builds to a tense, unexpected climax.” —Publishers Weekly