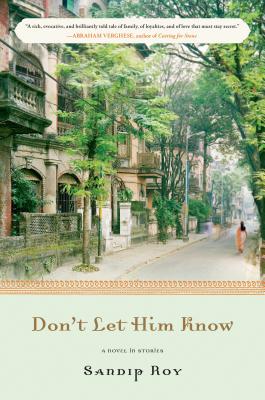 In a boxy apartment building in an Illinois university town, Romola Mitra, a newly arrived young bride, anxiously awaits her first letter from home in India. When she accidentally opens the wrong letter, it changes her life. Decades letter, her son Amit finds that letter and thinks he has discovered his mother’s secret. But secrets have their own secrets sometimes.

Amit does not know that Avinash, his dependable and devoted father, has been timidly visiting gay chat rooms, driven by the lifelong desires he never allowed himself to indulge. Avinash, for his part, doesn’t understand what his dutiful wife gave up in marrying him--the memories of romance she keeps tucked away.

Growing up in Calcutta, in a house bustling with feisty grandmothers, Amit has been shielded from his parents’ secrets. Now he’s a successful computer engineer, settled in San Franscisco yet torn between his new life and his duties to the one he left behind.

Moving from adolescent rooftop games to adult encounters in gay bars, from hair salons in Calcutta to McDonald’s drive-thrus in California, Don’t Let Him Know is an unforgettable story about family and the sacrifices we make for those we love. Tender, funny, and beautifully told, it marks the arrival of a resonant new voice.


Praise For Don't Let Him Know: A Novel in Stories…

"Don't Let Him Know is a rich, evocative and brilliantly told tale of family, of loyalties, and of love that must stay secret. Sandip Roy has broken new ground in this tale of the modern Indian family." —Abraham Verghese

"Sandip Roy’s compelling characters strive to negotiate the distances between continents, generations and sexualities; through a dazzling mosaic of narrative snapshots Roy captures the arcs of entire lifetimes." —Manil Suri

"In Don't Let Him Know, Sandip Roy finds the hidden pockets within ordinary moments and deftly turns them out to reveal the secrets the Mitras have concealed for years. The result is a moving portrait of the loves and longings of a family split: between India and America, between past and present, and between duty and dreams." —Celeste Ng, author of Everything I Never Told You

Sandip Roy is Senior Editor at the popular news portal Firstpost.com and blogs for the Huffington Post. He has been a longtime commentator on National Public Radio's Morning Edition, the most listened-to radio programme in the US, and has a weekly radio postcard for public radio in the San Francisco Bay Area. He is also an editor with New America Media. Sandip has won several awards for journalism and contributed to various anthologies including Storywallah!, Contours of the Heart, Because I Have a Voice: Queer Politics in India, Out! Stories from the New Queer India, New California Writing 2011 and The Phobic and the Erotic: The Politics of Sexualities in Contemporary India. Sandip lives in Kolkata.