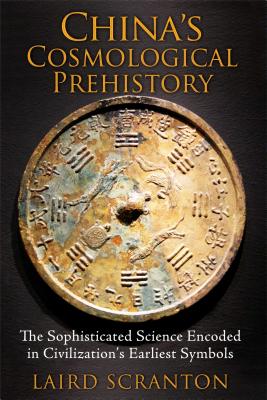 • Explores the 8 stages of creation in Taoism and the cosmological origins of Chinese ancestor worship, the zodiac, the mandala, and the I Ching

Building on his extensive research into the sacred symbols and creation myths of the Dogon of Africa and those of ancient Egypt, India, and Tibet, Laird Scranton investigates the myths, symbols, and traditions of prehistoric China, providing further evidence that the cosmology of all ancient cultures arose from a single now-lost source.

Scranton explores the fundamental similarities between the language that defined ancient Chinese cosmology and that of other creation traditions, revealing the connections between the phonetic structure of the words, their glyphs, and their use. He demonstrates striking parallels between the earliest systems of writing in China and the hieroglyphs of ancient Egypt. He examines the 8 levels of creation in Taoism and the cosmological origins of Chinese ancestor worship, mythical emperors, the zodiac, the mandala, and the I Ching. He details the fundamental principles of land-use in ancient China in relation to the symbolism of a Buddhist stupa and the Dogon granary, ritual shrines that are also the central symbol of other creation traditions. Understanding the true meanings of these symbol complexes also reveals the sophisticated scientific understanding of these ancient cultures, for these creation symbols directly correlate with our modern understanding of atoms and the energetic makeup of matter.

In exploring Chinese cosmological traditions, Scranton sheds new light on the contention that the sacred knowledge of the ancients is the legacy of an earlier culture who gave primitive humanity the tools they needed to birth the first known civilizations.

Laird Scranton is an independent software designer who became interested in Dogon mythology and symbolism in the early 1990s. He has studied ancient myth, language, and cosmology since 1997 and has been a lecturer at Colgate University. He also appears in John Anthony West’s Magical Egypt DVD series. He lives in Albany, New York.

“China’s Cosmological Prehistory takes the next step in comparing the creation traditions of ancient cultures. In it, Scranton demonstrates how cross-cultural comparisons can lead us to new insights about the possible meanings of obscure ancient myths and symbols.”
— Walter Cruttenden, author of Lost Star of Myth and Time

“Yet another important piece to Scranton’s ongoing quest to prove that a near identical cosmology was common knowledge around the entire globe in ancient prehistory. Perhaps the ‘single language’ posited in the Book of Genesis, the ‘language’ that once ‘united all mankind,’ was not mere fabrication and/or wishful thinking after all. It was cosmology as Scranton again demonstrates.”
— John Anthony West, author of Serpent in the Sky

“Laird Scranton’s research into cosmological historical frameworks is profound, diligent, and meticulous. Not only does he unveil the underpinnings of significant lexicons and high science, but he reveals how they weave synchronicities and commonalities across unexpected demographics in a pioneering way. The sensational revelation is at the very least a common original source. In China’s Cosmological Prehistory another awe-inspiring wealth of realization is brought to the forefront with an academic style and unique perspective. Undoubtedly, the importance of Scranton’s continued work and research in this book and previous works will be revered by future generations of researchers.”
— E. A. James Swagger, author and radio host
or support indie stores by buying on
Copyright © 2020 American Booksellers Association