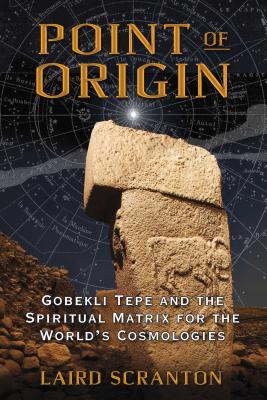 Gobekli Tepe and the Spiritual Matrix for the World's Cosmologies

• Details how symbolic elements at Gobekli Tepe link a pre-Vedic cult in India to cosmological myths and traditions in Africa, Egypt, Tibet, and China

How could multiple ancient cultures, spanning both years and geography, have strikingly similar creation myths and cosmologies? Why do the Dogon of Africa and the civilizations of ancient Egypt, India, Tibet, and China share sacred words and symbols? Revealing the existence of a long-forgotten primal culture and the world’s first center of higher learning, Laird Scranton shows how the sophisticated complex at Gobekli Tepe in Turkey is the definitive point of origin from which all the great civilizations of the past inherited their cosmology, esoteric teachings, and civilizing skills, such as agriculture, metallurgy, and stone masonry, fully developed.

Scranton explains how the carved images on Gobekli Tepe’s stone pillars were the precursors to the sacred symbols of the Dogon, Egyptians, Tibetans, and Chinese as well as the matriarchal Sakti cult of ancient Iran and India. He identifies Gobekli Tepe as a remote mountain sanctuary of higher knowledge alluded to in Sakti myth, named like an important temple in Egypt, and defined in ancient Buddhist tradition as Vulture Peak. Scranton reveals how Gobekli Tepe’s enigmatic “H” carvings and animal symbolism, symbolic of stages of creation, was presented as a kind of prototype of written language accessible to the hunter-gathers who inhabited the region. He shows how the myths and deities of many ancient cultures are connected linguistically, extending even to the name of Gobekli Tepe and the Egyptian concept of Zep Tepi, the mythical age of the “First Time.”

Identifying Gobekli Tepe not only as the first university but also as the first temple, perhaps built as a civilizing exercise, Scranton definitively places this enigmatic archaeological site at the point of origin of civilization, religion, and ancient science.

Praise For Point of Origin: Gobekli Tepe and the Spiritual Matrix for the World's Cosmologies…

"It takes great skill to decipher complex information and distill the true meaning that impacts all humankind. Laird Scranton uses a rare blend of logical thinking and physical research that is pushing us forward toward deeper understanding of sacred knowledge.”
— Jason Martell, ancient technology expert

“Point of Origin is not a book about Gobekli Tepe, but it sets that mysterious Anatolian hilltop sanctuary into a matrix of interconnected mysteries from all around the world in a way that is both fascinating and thought-provoking.”
— Graham Hancock, author of Fingerprints of the Gods

“Point of Origin is undoubtedly the pinnacle of research into the world’s ancient cultures, their mysteries and mythologies . . . a truthful and accurate insight into our origins, encompassing religion, astronomy, mythology, and cosmology. This book is indispensable to anyone seeking answers about our origins.”
— E. A. James Swagger, radio host and author of The Newgrange Sirius Mystery

“Learn the language of the Cosmos and explore the mysteries of Gobekli Tepe--the world’s oldest civilization. Another fabulous book on ancient myths and symbols by one of the masters in the field.”
— Xaviant Haze, author of Aliens in Ancient Egypt

“Once again Laird Scranton greatly expands our understanding of the ancient world through his relentless and meticulous research of language and symbol. This knowledge was to be preserved and passed down through the ages for a time in the future when the information would be vitally important for the survival of humanity. That time is now!”
— Edward Nightingale, author of The Giza Template

"Laird Scranton's latest book is great! It is a work of genius with wide-ranging implications, yet it is clear and simple, so engaging! Great!"
— Barbara Hand Clow, author of Revelations of the Ruby Crystal

“If you are as avid a searcher for the truth about the evolution of our cosmos and the origin of our civilizations as I am, you owe it to yourself to run, not walk, to your nearest bookstores and order Laid Scranton’s latest book. This is the fifth in his series on ancient cosmologies and languages, and it’s a whopper! Scranton has done his homework … ”
— New Dawn, Alan Glassman, October 2015

Laird Scranton is an independent software designer who became interested in Dogon mythology and symbolism in the early 1990s. He has studied ancient myth, language, and cosmology since 1997 and has been a lecturer at Colgate University. He also appears in John Anthony West’s Magical Egypt DVD series. He lives in Albany, New York.
Loading...
or
Not Currently Available for Direct Purchase