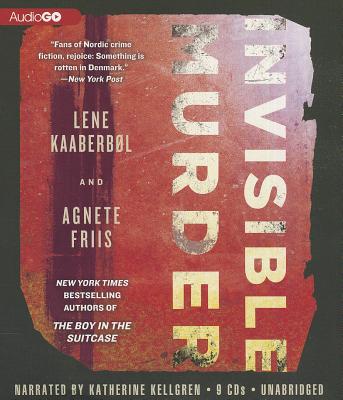 In the ruins of an abandoned Soviet military hospital in northern Hungary, two impoverished Roma boys are scavenging for old supplies or weapons they could sell on the black market when they find more than they ever anticipated. The resulting chain of events threatens to blow the lives of a frightening number of people into bits and pieces. In this feverishly anticipated follow-up to 2011's critically acclaimed The Boy in the Suitcase, Danish Red Cross nurse Nina Borg doesn't realize she is putting life and family on the line when she tries to treat a group of sick Hungarian refugees who are living illegally in a Copenhagen garage. Nina has unwittingly thrown herself into a deadly nest of the unscrupulous and the desperate, and what is at stake is much more terrifying than anyone had realized.

Lene Kaaberbol has sold more than two million books worldwide as a fantasy writer. Her collaborator, Agnete Friis, is a children's writer. Their bestselling Nina Borg series has been translated into twelve languages.
Loading...
or
Not Currently Available for Direct Purchase