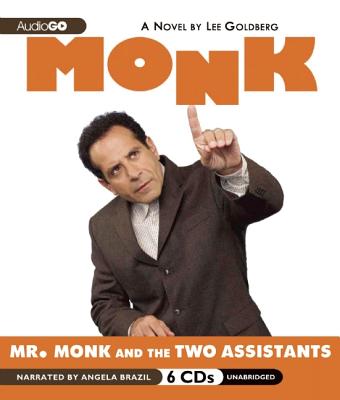 Mr. Monk and the Two Assistants

The husband of Monk's former assistant, Sharona, has been arrested for murder. Sharona, now back in San Francisco, is ready to reclaim her place in Monk's life--much to the chagrin of his current assistant, Natalie. While Monk tries to maintain a delicate balance between the two women, he discovers a few unsettling snags in the case against Sharona's husband and may be up against a killer who not only understands him but is one step ahead.

Lee Goldberg is a novelist and television writer whose TV scripting and producing credits include "Diagnosis: Murder, A Nero Wolfe Mystery, Hunter, Spenser for Hire, She-Wolf of London, SeaQuest, 1-800-Missing, Martial Law," and "Monk." He is currently on the board of the Mystery Writers of America and founded, with novelist Max Allan Collins, the International Association of Media Tie-in Writers.
Loading...
or
Not Currently Available for Direct Purchase