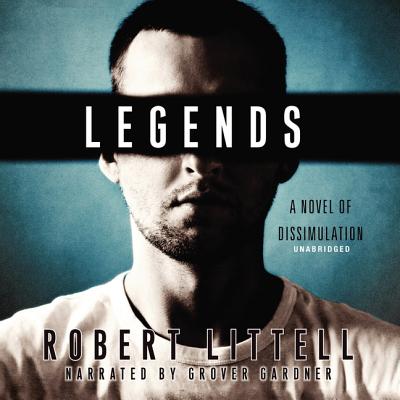 A Novel of Dissimilation

Martin Odum is a CIA field agent turned private detective, struggling his way through a labyrinth of past identities--"legends" in CIA parlance. Is he really Martin Odum? Or is he Dante Pippen, an IRA explosives maven? Or Lincoln Dittmann, Civil War expert? These men like different foods, speak different languages, have different skills. Is he suffering from multiple personality disorder, brainwashing, or simply exhaustion? Can Odum trust the CIA psychiatrist? Or Stella Kastner, a young Russian woman who engages him to find her brother-in-law so he can give her sister a divorce? As Odum redeploys his dormant tradecraft skills to solve Stella's case, he travels the globe battling mortal danger and psychological disorientation.

Robert Littell is an undisputed master of American spy fiction. Littell was awarded the CWA Gold Dagger for Fiction in 1973 for "The Defection of A. J. LeWinter."

Named as one of the Best Voices of the Century by "AudioFile," Grover Gardner is an actor, director, and award-winning narrator. His recordings have received excellent reviews from "KLIATT" and "Library Journal," and several have received "AudioFile" Earphones Awards.
Loading...
or
Not Currently Available for Direct Purchase