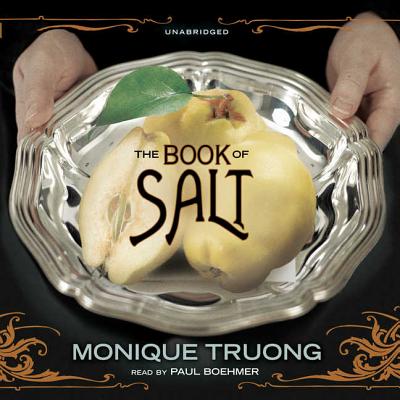 The Book of Salt (Compact Disc)

" He] came to us through an advertisement that I had in desperation put in the newspaper." It began captivatingly for those days: "Two American ladies wish..." It was these lines in The Alice B. Toklas Cook Book that inspired The Book of Salt. In Paris, 1934, Binh has accompanied his employers, Gertrude Stein and Alice B. Toklas, to the train station for their departure to America. His own destination is unclear: will he go with "the Steins," stay in France, or return to his native Vietnam? Binh has fled his homeland in disgrace, leaving behind his malevolent charlatan of a father and his self-sacrificing mother. For five years, he has been the live-in cook at the famous apartment at 27 rue de Fleurus. Before Binh's decision is revealed, his mesmerizing narrative catapults us back to his youth in French-colonized Vietnam, his years as a galley hand at sea, and his days turning out fragrant repasts for the doyennes of the lost generation.

MONIQUE TRUONG was born and raised in Vietnam, and moved to the US after the fall of Saigon. She was an intellectual property attorney in New York, but now devotes herself full-time to writing. Her short fiction and essays have been taught in universities across America. "The Book of Salt" is her first novel.
or
Not Currently Available for Direct Purchase
Copyright © 2020 American Booksellers Association