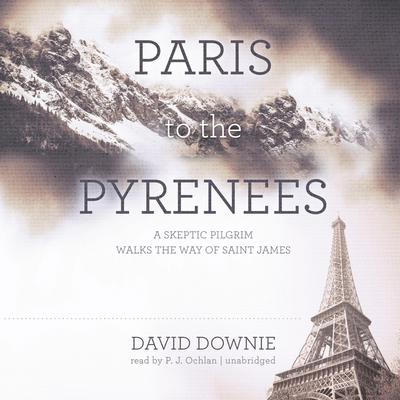 Paris to the Pyrenees (Digital Audiobook)

Driven by curiosity, wanderlust, and health crises, David Downie and his wife set out from Paris to walk across France to the Pyrenees. Starting on the Rue Saint-Jacques then trekking 750 miles south to Roncesvalles, Spain, their eccentric route takes 72 days on Roman roads and pilgrimage paths—an 1,100-year-old network of trails leading to the sanctuary of Saint James the Greater. It is best known as El Camino de Santiago de Compostela—“The Way” for short. The object of any pilgrimage is an inward journey manifested in a long, reflective walk. For Downie, the inward journey met the outer one: a combination of self-discovery and physical regeneration. More than 200,000 pilgrims take the highly commercialized Spanish route annually, but few cross France. Downie had a goal: to go from Paris to the Pyrenees on age-old trails, making the pilgrimage in his own maverick way.

David Downie, an
American journalist based in Paris since 1986, has written about European
culture, food, and travel for magazines and newspapers worldwide. He was a
Paris correspondent for Salon.com, Departures,
Appellation, and Art & Antiques and has contributed to many websites. He is
currently a blogger for Gadling.com, the popular literary travel
site. The author of more than a dozen works of nonfiction and fiction, Downie’s writing
has also appeared in many anthologies, among them The Collected Traveler volumes on Paris, Southwest France, and Central Italy;
Salon.com’s Wanderlust; Travelers’ Tales: Adventures in Wine; and By the Seat of My Pants.