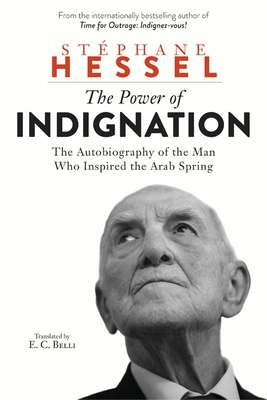 The Power of Indignation

The Autobiography of the Man Who Inspired the Arab Spring

His brief pamphlet Indignez-vous! (Cry Out!) is an international bestseller, calling for a return to the values of his native France’s “greatest generation,” the resistance fighters of World War II. It has inspired citizens participating in the Arab Spring and Occupy Wall Street uprisings. Now Stéphane Hessel, one of France’s preeminent thinkers and activists, is back.   With extraordinary insight, the ninety-four-year-old Hessel gives his intellectual autobiography. His thinking is nourished by the exchange he has maintained for years with his close friends, as well as prominent political and literary figures: Edgar Morin, Jean-Paul Dollé, Daniel Cohn-Bendit, Régis Debray, Peter Sloterdijk, Laure Adler, Michel Rocard, and Jean-Claude Carrière.

This book is accessible and profound—it is for all those who seek, despite the contradictions and violence of our contemporary lives, to “regain our dignity as men and women while governed by a frenzy of selfish and irresponsible people.” This book is, for Stéphane Hessel, a way to encourage us to reflect on the past in order to take charge of our future destiny. At once a handbook for the revolutionary, a treatise on human rights, and an inside look at the relationships, thoughts, and recollections of one of the most important figures in France today, this is a not-to-be-missed book for 2012.