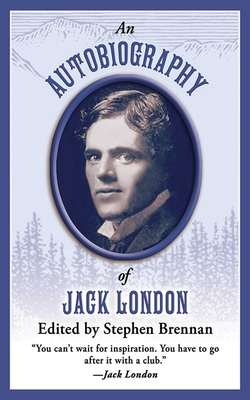 An Autobiography of Jack London

Jack London has been a best-selling author for more than one hundred years. In his short life (1876–1916) he wrote twenty-five novels and dozens of short stories, plays, and essays. Today he is recognized as a forerunner of such literary giants as Ernest Hemingway, John Steinbeck, and Jack Kerouac. Author of a number of well-known and well-loved stories in our literature (including White Fang, The Call of the Wild, and The Sea Wolf), London also worked as a day laborer, Alaskan gold rusher, and seaman. He was also an adventurer, journalist, celebrity, polemicist, and drunk.

An Autobiography of Jack London is a revealing portrait of the man who was Jack London—in his own words—and is largely composed of excerpts from his memoirs: The Road, John Barleycorn, and The Cruise of the Snark. Rather than a mere biographical summary of a man’s life, An Autobiography of Jack London
aims to give the reader real insight into the character and personality of this uniquely American literary icon. This book is illustrated throughout with more than forty drawings, facsimile pages from his works, and contemporary photographs, many taken by London himself.

Stephen Brennan is the author of The Adventurous Boy’s Handbook and The Adventurous Girl’s Handbook. He has also edited and arranged An Autobiography of Theodore Roosevelt and An Autobiography of General Custer, among others. He has worked as a circus clown, book editor, teacher, cabaret artist, actor, director, shepherd, and playwright. He resides in New York City and West Cornwall, Connecticut.
Loading...
or
Not Currently Available for Direct Purchase