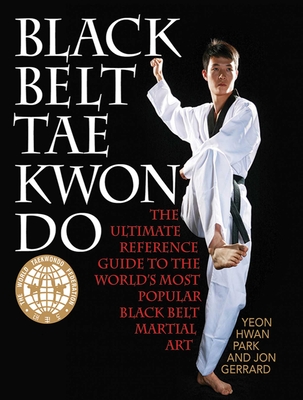 The ancient Korean martial art of Tae Kwon Do allows its practitioners to reach physical prowess, moral development, and spiritual growth. Black Belt Tae Kwon Do is designed to meet the needs of students who wish to complete their black belt training with a reliable study source for solitary practice.

This complete sourcebook combines a complete explanation of the physical aspects of the martial art with a full description of the philosophical elements of its training. More than seven hundred photographs illustrate practice routines, black belt forms, sparring strategies, and advanced self-defense techniques. Extensive appendixes include competition rules, weight and belt divisions, governing bodies of national and international organizations, and a glossary of Korean and English terms. Every serious student of Tae Kwon Do will want this manual, the only book of its kind endorsed by the World Tae Kwon Do Federation and the United States Tae Kwon Do Union.

Jon Gerrard graduated with a degree in psychology from Princeton University, where he also served as president of the Tae Kwon Do Club for two years. For more than ten years he has taught martial arts to law enforcement agents. He is currently a teacher at a private school and a martial arts coach. He lives in New York.
Loading...
or support indie stores by buying on
(This book is on backorder)