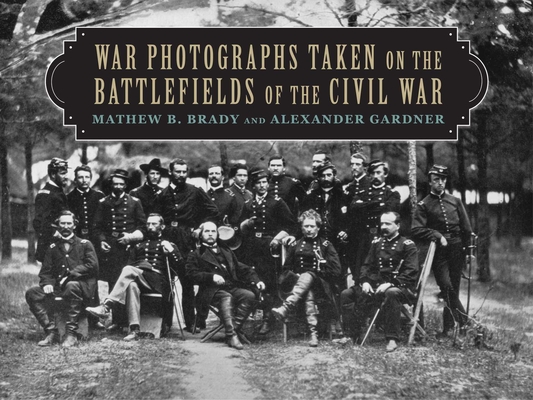 War Photographs Taken on the Battlefields of the Civil War

Fought over the course of four years, the Civil War pitted countrymen against countrymen, North versus South, friend against friend, and brother against brother. The photographs within these pages document the war that united America as one.

These rare shots were taken in the middle of the battlefield during the earliest days of photography. Selected from a collection of seven thousand original negatives, these historic photos capture nearly every aspect of Civil War life. Among these photos are images of camps sprawling across acres, soldiers at their battlements, firing of heavy artillery, the aftermath of battle, and the terror that these young men faced. See first-hand of Union and Confederate officers strategizing their next moves, and Abraham Lincoln addressing his Union commanders.
Originally released from the private collection of Edward Bailey Eaton in 1907, this edition is a must have for any Civil War buff or historian. No collection can be considered complete without these photographs by Matthew Brady and Alexander Gardner, as well as the meticulous passages that put the images in illuminating context.