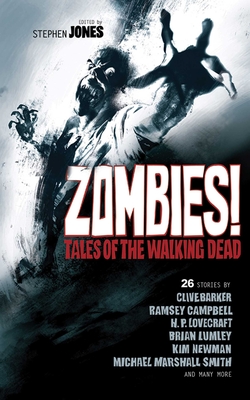 Tales of the Walking Dead

From master editor of horror anthologies Stephen Jones comes this collection of twenty-six stories to make your skin crawl. Within this terrifying tome, you’ll discover classic tales of the macabre, memorable yarns culled from the pages of pulp magazines, original stories by some of the greatest minds in horror, and two novellas not published anywhere else. Living corpses intervene in a production of Twelfth Night. An undead suitor pursues his beloved. Desperate mortals fight to survive a night of the undead. It’s all inside. And it’s coming for you.

Fans of The Walking Dead and World War Z, brace yourselves. These phenomenal stories from horror masters will get inside your head and leave you wanting more.