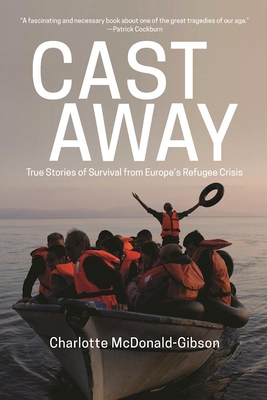 Longlisted for the Andrew Carnegie Medals for Excellence 2017 "Galvanizing and deeply compassionate."
--O Magazine From Time magazine's European Union correspondent, a powerful exploration of the refugee crisis in the Mediterranean, told through the stories of migrants who have made the perilous journey into Europe In 2015, more than one million migrants and refugees, most fleeing war-torn countries in Africa and the Middle East, attempted to make the perilous journey into Europe. Around three thousand lost their lives as they crossed the Mediterranean and Aegean in rickety boats provided by unscrupulous traffickers, including over seven hundred men, women, and children in a single day in April 2015. In one of the first works of narrative nonfiction on the ongoing refugee crisis and the civil war in Syria, Cast Away describes the agonizing stories and the impossible decisions that migrants have to make as they head toward what they believe is a better life: a pregnant Eritrean woman, four days overdue, chooses to board an obviously unsafe smuggler's ship to Greece; a father, swimming from a sinking ship, has to decide whether to hold on to one child or let him go to save another. Veteran journalist Charlotte McDonald-Gibson offers a vivid, on-the-ground glimpse of the pressures and hopes that drive individuals to risk their lives. Recalling the work of Katherine Boo and Caroline Moorehead, Cast Away brings to life the human consequences of one of the most urgent humanitarian issues of our time.