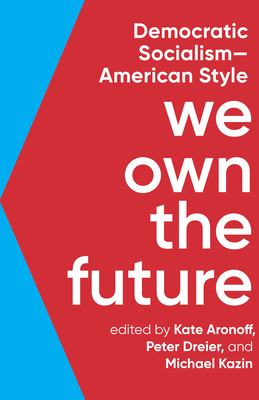 We Own the Future

A stunningly original and timely collection that makes the case for socialism, American style


It's a strange day when a New York Times conservative columnist is forced to admit that the left is winning, but as David Brooks wrote recently, the American left is on the cusp of a great victory. Among Americans under thirty, 43 percent had a favorable view of socialism, while only 32 percent had a favorable view of capitalism. Not since the Great Depression have so many Americans questioned the fundamental tenets of capitalism and expressed openness to a socialist alternative.

Peter Dreier is E.P. Clapp Distinguished Professor of Politics at Occidental College. He lives in Los Angeles. Michael Kazin is a professor of history at Georgetown University and a co-editor of Dissent magazine. He lives in Washington, DC.Journalist Kate Aronoff's writing has appeared in The Guardian, The Nation, Dissent, Jacobin, and the New York Times. She lives in Brooklyn.
Loading...
or support indie stores by buying on