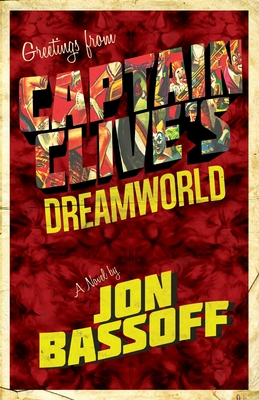 ​​"Jon Bassoff's nightmarish bizarro novel Captain Clive's Dreamworld reads like an extended episode of The Twilight Zone mixed with Twin Peaks mixed with Dante's Inferno. Unremittingly dark, this roman noir is a trenchant attack on the empty promises of capitalism...a hopeless rebuke of the bright plastic flesh built around the broken, crumbling skeleton of the American Dream.

﻿​​After becoming the suspect in the death of a young woman, Deputy Sam Hardy is reassigned to the town of Angels and Hope, which, within its borders, holds the once magnificent amusement park, Captain Clive's Dreamworld. When he arrives, however, Hardy notices some strange happenings. The park is essentially empty of customers. None of the townsfolk ever seem to sleep. And girls seem to be going missing with no plausible explanation. As Hardy begins investigating, his own past is drawn into question by the town, and he finds himself becoming more and more isolated. The truth-about the town and himself-will lead him to understand that there's no such thing as a clean escape.