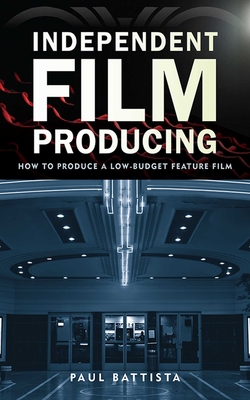 How to Produce a Low-Budget Feature Film

The number of independent films produced each year has almost doubled in the past decade, yet only a fraction will succeed. If, like many filmmakers, you have no industry connections, little to no experience, and a low or ultra-low budget, this outsider’s guide will teach you what you need to know to produce a standout, high-quality film and get it into the right hands. Written by an entertainment lawyer and experienced director and producer, this handbook covers all the most essential business, legal, and practical aspects of producing on a low budget, including:

Also discussed are the new crowd funding laws covered by the JOBS Act, making this book a must-read for every indie producer in today’s economy. If you want to produce a film that gets attention, pick up the book that is recommended or required reading at film, business, and law schools from UCLA to NYU. Whether you’re a recent film school graduate or simply a Hollywood outsider, Independent Film Producing will be like having a best friend who is an experienced, well-connected insider.

Paul Battista is a Los Angeles–based entertainment attorney who has provided legal services to more than 125 feature film, documentary, and television projects. He has been a guest speaker at many film festivals and conferences, including Slamdance Film Festival and Film Independent’s Filmmaker Forum, in addition to lecturing at film and law schools in the Los Angeles area. He also wrote, directed, and produced the low-budget independent feature film Crooks (2002), which has been released by Warner Home Video. He lives in Los Angeles, California.
Loading...
or
Not Currently Available for Direct Purchase