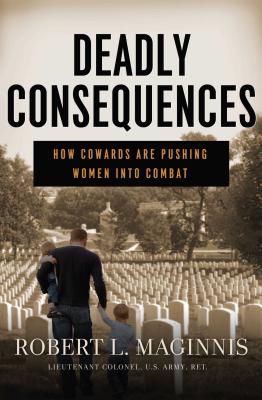 How Cowards are Pushing Women into Combat

The Obama administration has announced its intention to change the long-standing combat exclusion policy that limited women to support jobs in the military; now women can hunker down in foxholes on the frontlines.

President Obama is dead set on eviscerating our military by pushing women to the frontlines. He isn’t the only one to blame, however—this policy is the product of a naïve culture that blindly embraces government-hosted violence in the name of equal opportunity.

But there is no evidence women are clamoring for ground combat assignments. Worse yet, there is significant reason to believe that women in combat will lead to a wide range of devastating consequences, many unforeseen and unintended by proponents, but no less dangerous.

Civilian feminists view ground combat as a glass ceiling for women’s equal opportunity. They could not care less about our fighting ability or the threat it poses for women and for the men they serve with.

Women in the U.S. Armed Forces are regularly held to lower training standards than men. That means that when they’re called into active combat situations, they won’t bring the same physical strength and skills training as men do. In training, male Marines are required to lift 40 pounds, while female trainees must only lift 20. If a ship is sinking and the only way to save it is to lift a 40-pound piece of equipment, the female Marines will be less qualified for the task.

On top of this disparity is a looming draft. Security experts foresee another American draft within this generation; if women can serve in combat, every male and female over the age of 18 will be in danger of being called up.

Controversial and starkly factual, Deadly Consequences is a resounding indictment of a policy that is bound to erode not only the American military, but jeopardize American security and society as well.