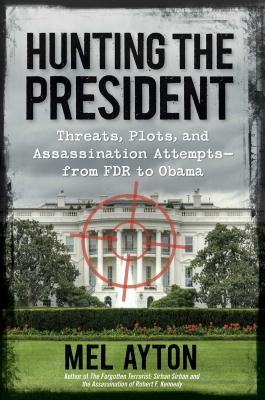 But most historians have overlooked or downplayed the many threats modern presidents have faced, and survived. Author Mel Ayton sets the record straight in his new book Hunting the President: Threats, Plots and Assassination Attempts—From FDR to Obama, telling the sensational story of largely forgotten—or never-before revealed—malicious attempts to slay America’s leaders.

Hunting the President opens the vault of stories about how many of our recent Presidents have come within a hair’s breadth of assassination, leaving America’s fate in the balance. Most of these stories have remained buried—until now. Includes glossy photo signature of historic pictures and documents