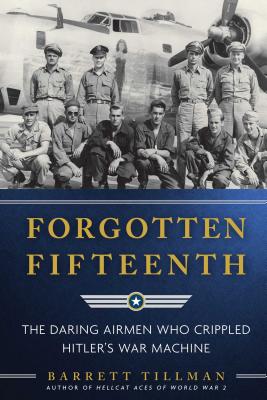 In his new book, Forgotten Fifteenth: The Daring Airmen Who Crippled Hitler’s War Machine, Tillman brings into focus a seldom-seen multinational cast of characters, including pilots from Axis nations Romania, Hungary, and Bulgaria and many more remarkable individuals. They were the first generation of fliers—few of them professionals—to conduct a strategic bombing campaign against a major industrial nation. They suffered steady attrition and occasionally spectacular losses. In so doing, they contributed to the end of the most destructive war in history.

Forgotten Fifteenth is the first-ever detailed account of the Fifteenth Air Force in World War II and the brave men that the history books have abandoned until now. Tillman proves this book is a must-read for military history enthusiasts, veterans, and current servicemen.