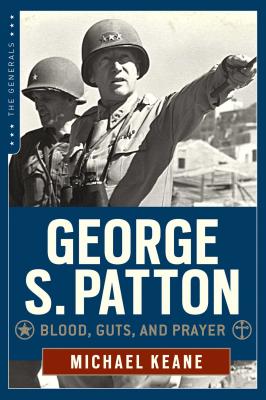 Blood, Guts, and Prayer (The Generals)

Known for his rousing speeches and military triumphs, General George S. Patton, Jr. is one of the most famous military figures in U.S. history. Yet, he is better known for his profanity than his prayers. Until now. In his new book George S. Patton: Blood, Guts, and Prayer, author Michael Keane takes readers on a journey through Patton’s career in three parts: his military prowess, his inspirational bravery, and his faith. Using Patton’s own diaries, speeches, and personal papers, Keane examines the general’s actions and personality to shed light on his unique and paradoxical persona. From his miraculous near-death experience to his famous prayer for fair weather, Patton: Blood, Guts, and Prayer recounts the seminal events that contributed to Patton’s personal and religious beliefs. Comprehensive and inspiring, Patton: Blood, Guts, and Prayer is an extraordinary look at the public and private life of one of World War II's most storied generals.