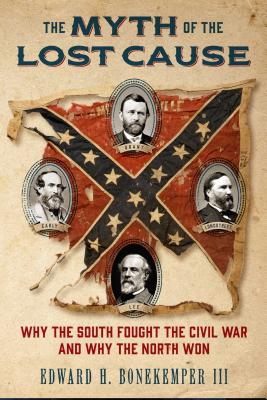 The Myth of the Lost Cause

The former Confederate states have continually mythologized the South’s defeat to the North, depicting the Civil War as unnecessary, or as a fight over states’ Constitutional rights, or as a David v. Goliath struggle in which the North waged “total war” over an underdog South. In The Myth of the Lost Cause, historian Edward Bonekemper deconstructs this multi-faceted myth, revealing the truth about the war that nearly tore the nation apart 150 years ago.