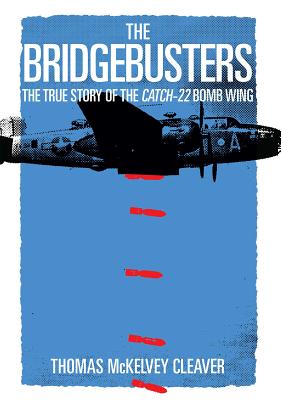 The True Story of the Catch-22 Bomb Wing

"He had decided to live forever, or die in the attempt." — Catch-22

The men of the 57th Bomb Wing flew out of Corsica during World War II and bombed vital bridges throughout Italy to sabotage German supply routes. Their missions were dangerous and never-ending. One bombardier in the wing was a young New Yorker named Joseph Heller, who would later turn his experience into the classic 1961 war novel Catch-22. Now aviation historian Thomas McKelvey Cleaver takes a closer look at the real-life men of the 57th, whose camaraderie in the face of death inspired the raucous cast of heroes and antiheros in Catch-22.