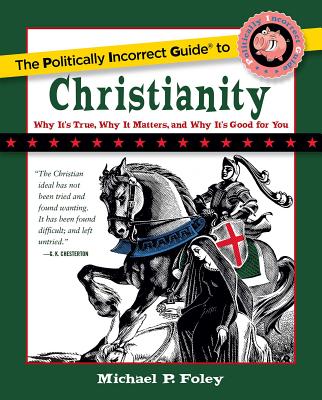 You think you know about Christianity, but did you know...

Michael Foley is an associate professor of patristics in the Great Texts Program at Baylor University. He is also the author of Drinking with the Saints: The Sinner's Guide to a Holy Happy Hour.

Michael P. Foley was born and raised in Southern California, went to school in Northern California, and did his graduate work at Boston College, where he earned his PhD in Catholic theology. Foley taught for three years at Notre Dame and then took a job in the Great Texts at Baylor University, where he has lived for the past ten years with his wife and six children.

His previous works include Ever Ancient, Ever New: Ruminations on the City, the Soul, and the Church; Wedding Rites: The Complete Guide to Traditional Vows, Music, Ceremonies, Blessings, and Interfaith Services; a translation of St. Augustine’s Confessions; and the popular Why Do Catholics Eat Fish on Friday?: The Catholic Origin to Just About Everything. Foley has also authored over 150 articles on subjects ranging from faith to film to Church history.