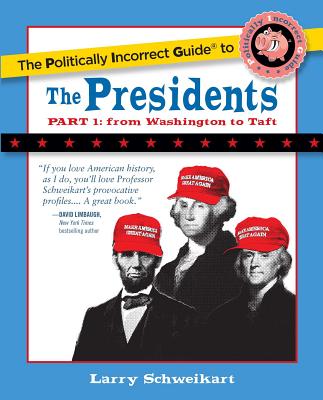 The Politically Incorrect Guide to the Presidents, Part 1

From Washington to Taft (The Politically Incorrect Guides)

Larry Schweikart, a retired history professor, is ready to set the record straight on the American presidents. He goes through each of the first 26 presidents from Washington to Taft and debunks myths, lies, and fake news made fact by the uninformed.

Discover why George Washington favored American isolationism; James Madison supported states' rights; what Lincoln promised to Southerners about fugitive slaves; and why nineteenth-century presidents were the last to understand the true role of government.

So what made these presidents so much better than the ones America has now? Schweikart argues that recent commanders-in-chief have welcomed crises to advance their own partisan agenda, defied the separation of powers the Founders carefully constructed to preserve the Republic, and given us every reason to doubt they take the country’s interests to heart.

The list of Regnery authors reads like a "who's who" of conservative thought, action, and history.
or
Not Currently Available for Direct Purchase