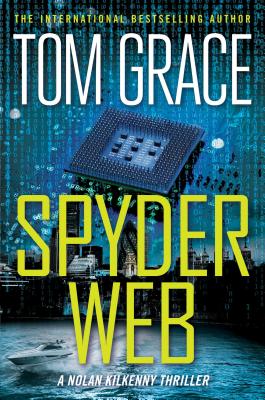 They call it Spyder: a supposedly undetectable intelligence-gathering computer program that can easily penetrate heavily-encrypted computer networks. When ex-Navy SEAL Nolan Kilkenny discovers its existence, Spyder has already been stolen by three indusrial spies in a heist that quickly escalates to murder and treason. Suddenly, Kilkenny is leading the FBI and CIA in the search for Spyder... and is in the crosshairs of those who will stop at nothing to possess the ultimate spy weapon.

Tom Grace is the acclaimed, international bestselling author of the thriller novels featuring former Navy Seal Nolan Kilkenny, including Spyder Web, Quantum, Dark Ice, Fatal Orbit, The Secret Cardinal, and Undeniable. He is also the author of the political thriller The Liberty Intrigue. His works have received praise from such bestselling authors as Joseph Finder, Clive Cussler, David Limbaugh, and Steve Berry. An award-winning architect, Tom lives in Dexter, Michigan with his wife and five children.
Loading...
or support indie stores by buying on