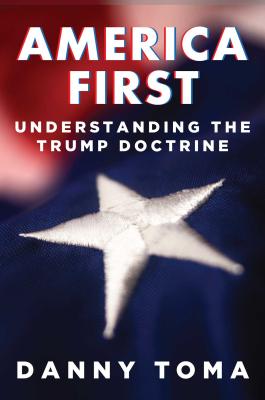 Critics dismissed the idea out of hand. Even his fans questioned whether President Trump could do what other presidents had considered impossible. But in less than two years, Trump has:

- Put North Korea on the path to de-nuclearization and peace with South Korea.

- Destroyed the "state" of the Islamic State.

- Forged a de facto alliance between Saudi Arabia and Israel.

- Doled out real punishment - not empty threats - for Syria's use of chemical weapons.

President Donald Trump's foreign policy successes have stunned not just his critics, but the world. Now Danny Toma, a State Department veteran, explains how Trump has done it, what the Trump Doctrine entails, and how it can- and likely will - continue to succeed.

When America has strayed from those principles - especially as witnessed in the foreign policies of such "idealist" presidents as Jimmy Carter, Bill Clinton, George W. Bush, and Barak Obama - the results have been expensive in lives, treasure, and even international retreat.

Provacative, thorough, and engagingly written, Danny Toma's America First is the one book you need to understand how America can again lead the world and protect her own interests.

"America First is a clear-eyed, realistic assessment of the implications of Trumpian foreign policy across the globe. It amounts to, in short.... WINNING."
— LARRY SCHWEIKART, author of "A Patriot's History of the United States" and co-author of "The Politically Incorrect Guide to the American Revolution" and "How Trump Won: The Inside Story of a Revolution"

"Danny Toma, a widely traveled member of the U.S. Foreign Service, brings tremendous insight to the Trump administration's 'America First' foreign policy. Drawing on history and personal experience and breaking down the issues on  a nation by nation basis, Toma shows that 'realistic pragmatism" in foreign diplomacy has a long and successful history in this nation. I highly recommend the book to all who are interested in world affairs."
— RONALD J. RYCHLAK, Jamie L. Whitten Chair of Law and Government Professor at the University of Mississippi School of Law and co-author of "Disinformation" and "Looming Disaster"

"If you've ever wondered what an America First foreign policy would look like, this is the book for you. In this richly detailed tour de force, Danny Toma convincingly argues that America would be safer, and Americans far securer, if we only intervened in the affairs of other countries if our vital national interests are at stake. Drawing upon his decades of experiences in the U.S. Foreign Service, he argues that America First does not mean America alone, but it does mean that we stop trying to impose the values of Hollywood and Manhattan on countries and peoples who have no interest in following the West into demographic and sexual suicide."
— STEVEN W. MOSHER, founding president of Population Research Institute and author of "Bully of Asia: Why China's Dream is the New Threat to World Order."

Daniel Toma served for over twenty-two years as a Foreign Service Officer with the U.S. Department of State. His assignments included postings in Italy, Poland, Israel, Ireland, and Germany. During the Iraq War, he served an extended assignment with the Provincial Reconstruction Team in Basrah, Iraq, as part of a team dedicated to economic development in that region; the Superior Honor Award for efforts in that posting is one of several awards he received while working for State. Since retiring from the Department, he has been called back to service on short-term assignments in countries including China, El Salvador, Cuba, the Dominican Republic, Greece, and Moldova. He speaks Italian, Spanish, German, and Polish, as well as having some familiarity with several other languages. Prior to working for State, he taught history for several years in the Choctaw Tribal School System near Philadelphia, Mississippi. He lives in Oxford, Mississippi, where he is active in his local Catholic parish, the Sons of the American Revolution, and the Sons of Confederate Veterans. Married for over twenty-five years to Dana Polus, a native of the Czech Republic, he has four children, three of whom attend his alma mater, the University of Mississippi (Ole Miss). He is also a knight of the Constantinian Order of St. George, the dynastic order of the House of Bourbon-Two Sicilies.
Loading...
or
Not Currently Available for Direct Purchase