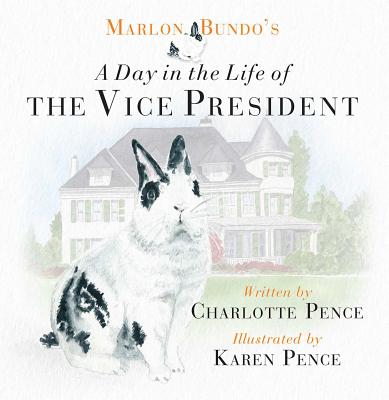 Marlon Bundo's Day in the Life of the Vice President

"Mike Pence's pet rabbit is the best thing about Washington." —The Week

"Marlon is ridiculously cute and appears to be fully aware of that fact." —The Washington Post

"The Vice President and his wife could kiss their audience's attention goodbye once Marlon Bundo was introduced!" — CNN, covering Marlon Bundo's appearance at a White House military appreciation event

From the moment he hopped into the home of America's "Second Family," black-and-white bunny rabbit Marlon Bundo captured the hearts of Vice President Mike Pence, his wife Karen, and his children Michael, Charlotte, and Audrey. But little Marlon Bundo isn't just a family pet: like Peter Rabbit and Bugs Bunny before him, Marlon—or BOTUS (Bunny of the United States)—is a national celebrity! With his appearances at official White House events, his rides on Air Force 2, and his popular Instagram account, Marlon Bundo has become a beloved member of the Trump-Pence administration.

So how does a bunny experience a day in the life of the Vice President? Now young readers can follow Marlon Bundo along as he hops after "Grampa" (Vice President Mike Pence) in this delightful story penned by Charlotte Pence and illustrated faithfully with watercolors from the "Second Lady" herself, Karen Pence.

Charlotte Pence graduated from DePaul University with a double major in Digital Cinema and English. Her written work has been published in magazines, such as those affiliated with the University of Oxford, where she studied for a year as an undergraduate. Charlotte works in creative development at Epiphany Story Lab, a production company that produces films and teaches students about filmmaking. She is also the proud mom of Marlon Bundo.

Karen Pence is the Second Lady of the United States, an award-winning watercolor artist, and former art teacher. She is married to Vice President Mike Pence and is the mother of Michael, Charlotte, and Audrey. Karen uses her role as Second Lady to advocate on behalf of art therapists and seeks to educate the public on the many benefits and modes of art therapy. She also champions the encouragement of members of the military and their families.
Loading...
or support indie stores by buying on