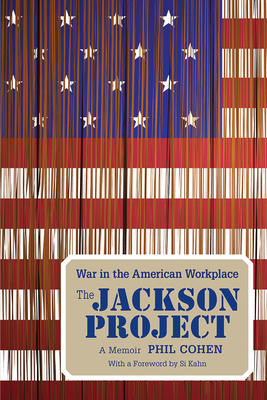 War in the American Workplace

Praise For The Jackson Project: War in the American Workplace…

“When it comes to the issues confronting working people and their unions today, Phil Cohen knows what he’s talking about as few people do. . .through knowledge born og bare-knuckle-experience.”—Si Kahn, from the Foreword

PHIL COHEN left home at sixteen, managed a skid-row hotel and drove taxis in New York City before moving to Chapel Hill, North Carolina, where he became a union activist while working as a municipal bus driver. In 1988 he joined the staff of ACTWU (now known as Workers United), from which he has since retired. An accomplished singer-songwriter, he has recorded four albums with vocalist Patricia Ford.