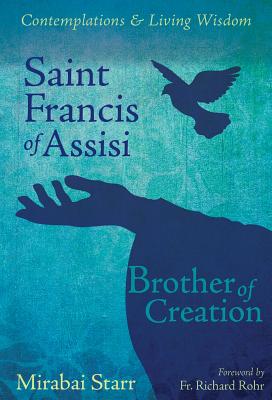 When a small village was plagued by a wild wolf, it is told that a humble friar named Francis came and met the predator with nothing but his gentle words—and turned the wolf from a menace to a welcome citizen. This graceful man, who spoke to each part of Creation as a sister or brother, has become one of the most beloved of all saints.

In both joy and adversity, Saint Francis served as a bold example of how to live completely and authentically as a follower of Christ. From his survival as a prisoner of war to the series of awakenings that helped him to reform the Catholic Church, Francis drew his strength from his miraculous, loving union with the natural world.

Saint Francis of Assisi is an essential devotional reader for building your personal connection to the spirit of this modest Italian sage. Through stories, prayers, and his own writings, you are invited to share in Francis's nourishing devotion to God, and in his profound compassion toward all living things.


Praise For Saint Francis of Assisi: Brother of Creation…

“Humility is the recognition of the truth about God and ourselves.” —Saint Francis of Assisi

“If you have not yet been introduced to the magic and freedom of Saint Francis, you are about to be ‘attracted’ and maybe even seduced into a much larger world where sun, moon, animals, plants, and elements are all shown reverence as ‘brother’ and ‘sister.'” —from the foreword by Fr. Richard Rohr

Fr. Richard Rohr is a globally recognized ecumenical teacher bearing witness to the universal awakening within Christian mysticism and the Perennial Tradition. He is a Franciscan priest of the New Mexico Province and founder of the Center for Action and Contemplation (CAC) in Albuquerque, New Mexico. Fr. Richard's teaching is grounded in the Franciscan alternative orthodoxy—practices of contemplation and lived kenosis (self-emptying), expressing itself in radical compassion, particularly for the socially marginalized.

Fr. Richard is the author of numerous books, including Everything Belongs, Adam’s Return, The Naked Now, Breathing Under Water, Falling Upward, Immortal Diamond, and Eager to Love: The Alternative Way of Francis of Assisi.

Fr. Richard is academic Dean of the Living School for Action and Contemplation. Drawing upon Christianity's place within the Perennial Tradition, the mission of the Living School is to produce compassionate and powerfully learned individuals who will work for positive change in the world based on awareness of our common union with God and all beings. Visit cac.org for more information.