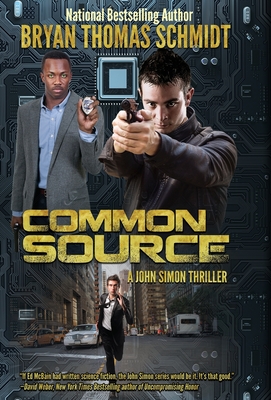 Master Detective John Simon and his android partner Lucas George have been transferred to Dog Watch, the night shift, when reports come in of androids gone wild--engaging in behavior that seems to violate their programming and disobeys their owner's commands. After several incidents, as the media picks up and begins sensationalizing the story, Lucas is worried all his hard work to be accepted will be undone by this new crisis, while Simon finds himself attracted to one of the local reporters.

As they investigate, they uncover evidence of deliberate sabotage conducted via a common source--deliberately introduced nanoparticles designed to rewrite programming and modify behavior. Then Lucas' Maker, Dr. Livia Connelly, is kidnapped and her assistant killed, and suddenly the case takes on new urgency. As Simon enlists the help of reporter Holly Sanders, with whom he has been flirting, her stories lead the public and some in the KCPD to distrust androids, including Lucas.

When Lucas goes rogue, Simon tries to find him and bring him back in the fold while both continue investigating a case that is spreading throughout the Metro and involving other departments outside the KCPD. Can they find a way to work together to find the person responsible before it's too late?

Book 3 in the page-turning series that combines near-future science fiction and procedural thriller and combines the gritty realism of Michael Connelly's Bosch, the humor and action of Lethal Weapon, and the science fiction tradition of Isaac Asimov's City of Steel, COMMON SOURCE hails from the editor of the international bestselling phenomenon The Martian by Andy Weir, and the national bestselling author of tales including official entries in The X-Files, Predator, and the Joe Ledger thrillers.