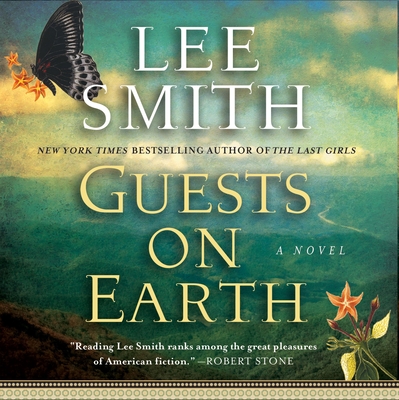 “This is a haunting story about the treatment of mental illness in the early 1900s. Focusing on Highland Hospital in Asheville, North Carolina, where Zelda Fitzgerald died in the fire that destroyed the hospital in 1948, the story is told through the voice of Evalina Toussaint who was sent to the hospital as a young child. Evalina's narrative is an example of the brutal early treatment of mental illness, when some patients became subjects for medical experiments. Any fan of the Fitzgeralds, the medical profession, or the history of medicine in the early 1900s will enjoy this book.”
— Jackie Willey, Fiction Addiction, Greenville, SC
View the List

When she is thirteen years old, Evalina Toussaint, the orphaned child of an exotic dancer in New Orleans, is admitted as a mental patient to Highland Hospital in Asheville, North Carolina. The year is 1936, and the hospital, under the direction of celebrity psychiatrist Robert S. Carroll, is famous for its up-to-the-minute shock therapies and for Dr. Carroll’s revolutionary theory of the benefits of nonintrospection.

Evalina finds herself in the midst of a kaleidoscope of characters, including the estranged wife of F. Scott Fitzgerald. Her role as accompanist for all theatricals and programs at the hospital gives her privileged insight into the events that transpire over the twelve years leading up to a tragic 1948 fire—its mystery unsolved to this day—that killed nine women in a locked ward on the top floor, including Zelda.

In Evalina Toussaint, Lee Smith has a created a narrator whose story is one of unstoppable and defiant introspection. At the risk of Dr. Carroll’s ire and at all costs, Evalina listens, observes, delves, pursues, accompanies, remembers—and tells us everything. This is her wildly prescient story about a time and a place where creativity and passion, theory and medicine, fact and fiction are luminously intertwined.

Praise For Guests on Earth…

“Smith has created a compelling, disturbing but also uplifting narrative inspired by the 1948 fire that swept through Highland Hospital in Asheville, killing nine women, among them Zelda Fitzgerald.”
—The Herald Sun

“With this book, Smith will broaden her readership to draw in those fascinated by the Fitzgerald ethos while entertaining her perennial fans with the local lore and down home accents behind the scenes.”
—Foreword Reviews

“This is Lee Smith at her powerful best, writing the South she knows through the eyes of a woman who lived it.”
—Adriana Trigiani, author of Big Stone Gap and The Shoemaker’s Wife

“Smith’s well-developed characters, rich historical detail and easy prose create a novel that some may call her best yet, and which it just may be.”
—Minneapolis Star Tribune

“This is a carefully researched, utterly charming novel. By the time you finish it, you will fall in love with these fascinating lives, too.”
—The Washington Post

“Delivers on all counts, entrancing readers with a brilliant tapestry that falls inside the confines of historical fiction, yet defies genre with a hypnotic narrative.”
—BookPage

“Zeller manages to make each [character] distinct and memorable. . . . [Her] confiding tone will draw listeners in to the unfolding story.”
—Booklist

“Emily Woo Zeller does a wonderful job narrating. . . . Her excellent reading of the character of Evalina reveals the depth of her character.”
—Sound Commentary