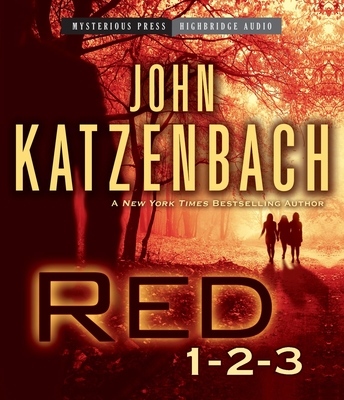 “No one has ever done what I intend to do. Three wildly different victims. Three distinct locations. Three different deaths. All on the same day. Within hours of each other. Deaths that tumble together like dominoes. Each one falling against the next. Click. Click. Click.”

Three red-headed women—One, Two, and Three—do not know one another though they live only a few miles apart. Each is being hunted by a psychopath intent on committing three perfect murders, works of such artistic brilliance that they will be written about and studied in Universities for decades to come. The women know they have been marked for death—they just don’t know when it is to happen, or how, or by whom. Or why.

Redhead One is a fifty-one-year-old single doctor. Redhead Two, a thirty-three-year-old middle school teacher. Redhead Three is a seventeen-year-old prep school student. Their tormenter seems to be everywhere and know everything about them, able to orchestrate fear so excruciating as to be unbearable. He is the Big Bad Wolf, and he is determined to rewrite the ending of the Red Riding Hood fairy tale into a slaughter of the innocents

“A page-turner from the get-go and must reading for thriller fans.”
—Booklist [HC starred review]

“Smartly plotted thriller. . . . Postel has a polished melodic vocal quality that is easy to listen to.”
—Publishers Weekly

JOHN KATZENBACH has written several bestselling novels, including two Edgar Award nominees and three works that have been made into major motion pictures. Katzenbach has been a criminal court reporter for The Miami Herald and Miami News and a featured writer for the Herald’s Tropic magazine. He lives in western Massachusetts.

DONNA POSTEL should have known the path she’d take by her first grade play. Instead of getting to play a duck or a tree, she was cast in the only speaking role, The Narrator. Fast forward to the present and we find Donna in her state-of-the-art studio where she has been happily talking to herself ever since. Her voice has been heard on hundreds of commercials and corporate narrations, recently expanding into audiobooks. When she’s not in the studio, Donna can be found down at the barn, cleaning up after, and occasionally riding, her horses.
Loading...
or support indie stores by buying on