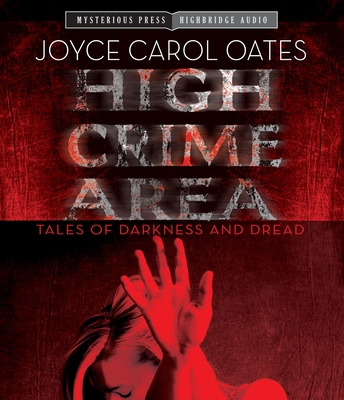 Tales of Darkness and Dread

In the title story, a white aspiring professor is convinced she is being followed. No need to panic—she has a handgun stowed away in her purse, just in case. But when she turns to confront her black male shadow, the situation isn’t what she expects. In “The Rescuer,” a promising graduate student detours to inner-city Trenton, New Jersey, to save her brother from a downward spiral. But she soon finds out there may be more to his world than to hers. And in “The Last Man of Letters,” the world-renowned author X embarks on a final grand tour of Europe. He has money, fame, but not a whole lot of manners. A little thing like etiquette couldn’t bring a man like X down, could it? In these biting and beautiful pieces, Oates confronts, one by one, the demons within us, demonstrating that sometimes, it’s not the human side that wins out.

In addition to many prize-winning and bestselling novels, JOYCE CAROL OATES is the author of a number of works of award-winning gothic fiction. In 1994, Oates received the Bram Stoker Lifetime Achievement Award in Horror Fiction. She lives in Princeton, New Jersey.

A former child actor, Julia Whelan has appeared in numerous films and television shows, perhaps most notably in ABC&rsquo;s critically acclaimed series <i>Once And Again</i>. After majoring in English and Creative Writing at Middlebury College and Oxford University, Julia returned to on-camera acting while simultaneously branching out into voiceover. She has now recorded over 100 audiobook titles, garnered multiple Earphones Awards, been repeatedly named one of <i>Audiofile</i> Magazine&rsquo;s Best Voices, and won an Audie.

Voice actor, writer, and musician RAY CHASE has provides the voices for major commercial campaigns such as Coke Zero, and Top Ten iPhone app successes. He began his career by reading aloud in the car for his mother and sister on the way to school. They didn’t seem to mind so much. He hopes you don’t either.

DONNA POSTEL should have known the path she’d take by her first grade play. Instead of getting to play a duck or a tree, she was cast in the only speaking role, The Narrator. Fast forward to the present and we find Donna in her state-of-the-art studio where she has been happily talking to herself ever since. Her voice has been heard on hundreds of commercials and corporate narrations, recently expanding into audiobooks. When she’s not in the studio, Donna can be found down at the barn, cleaning up after, and occasionally riding, her horses.

LUCI CHRISTIAN is an American voice actress and ADR Script Writer who has provided voices for a number of English language versions of Japanese anime films.

TAMARA MARSTON has been an actor, singer and director for over 30 years. A career performer / musician, Tami has toured nationally with several groups and appeared on The Arsenio Hall Show and A&E’s Goodtime Café. Dividing her time between acting and singing gigs, choral conducting, music and stage directing, jingle and voiceover work, private and public teaching—and family—Tami feels very fortunate to make her living working in the arts.

CHRIS PATTON began his career in stage performance but later found his true calling in voice over.  In addition to his work narrating audiobooks, Chris has also voiced over 160 animated titles, and numerous national and regional commercials.  He has appeared at over seventy-five pop culture conventions internationally to discuss his craft and interact with fans of his expansive fan base.
or
Buy Here
Copyright © 2020 American Booksellers Association