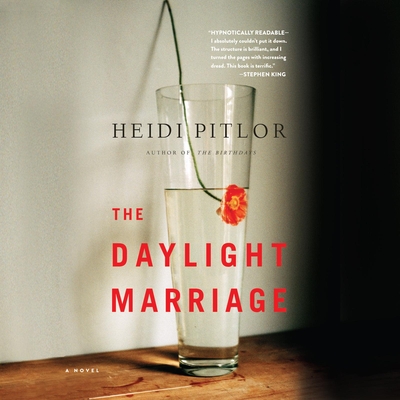 “Hypnotically readable--I absolutely couldn't put it down. The structure is brilliant, and I turned the pages with increasing dread. This book is terrific.” – Stephen King Hannah was the kind of woman who turned heads. Tall and graceful, naturally pretty, often impulsive, always spirited, the upper class girl who picked, of all men, Lovell—the introverted climate scientist, the practical one who thought he could change the world if he could just get everyone to listen to reason. After a magical honeymoon they settled in the suburbs to raise their two children. But over the years, Lovell and Hannah’s conversations have become charged with resentments and unspoken desires. She’s become withdrawn and directionless. His work affords him a convenient distraction. The children can sense the tension, which they’ve learned to mostly ignore. Until, after one explosive argument, Hannah vanishes. And Lovell, for the first time, is forced to examine the trajectory of his marriage through the lens of memory—and the eyes of his children. As he tries to piece together what happened to his wife—and to their lives together—readers follow Hannah through that single day when the smallest of decisions takes her to places she never intended to go. With the intensity of The Lovely Bones, the balance of wit and heartbreak of The Descendants, and the emotional acuity of Anne Tyler, The Daylight Marriage is at its heart a novel about what happens when our intuitions override our logic and with a plot that doesn’t reveal its secrets until the very end.

Heidi Pitlor grew up in Concord, Massachusetts, and got her BA at McGill University and her MFA at Emerson College in Boston. She was a senior editor at Houghton Mifflin Harcourt for nine years before she became the series editor of The Best American Short Stories. She has worked with Salman Rushdie, Alice Sebold, Richard Russo, Elizabeth Strout, and others. She is the author of the novel The Birthdays and her fiction and essays have appeared in Ploughshares, the Huffington Post, and Labor Day: True Stories by Today’s Best Women Writers. In Fall 2015, Houghton Mifflin Harcourt will publish 100 Years of the Best American Short Stories, which she coedited with Lorrie Moore. Heidi lives outside Boston with her husband and twin son and daughter.

XE SANDS is a published audiobook narrator with more than a decade of experience bringing stories to life through narration and performance. From poignant young adult fiction to powerful first-person narrative, Sands’ characterizations are rich and expressive and her narrations evocative and intimate.