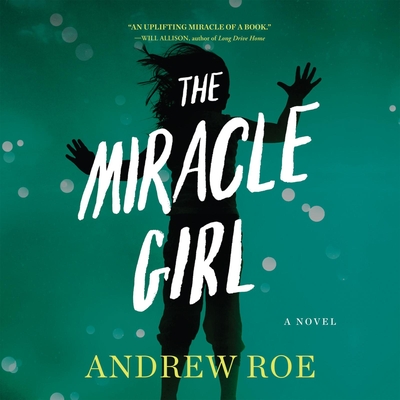 A multi-faceted, multi-voiced debut novel that is at the same time personal and heartfelt—chronicling a family in flux, trying to find their individual and collective way—and also tells a larger, cultural story, one of our time, of how we live and hope and dream now.

A car accident has left young Anabelle Vincent in a coma-like state—unable to move or speak. Her mother spends her days and nights taking care of her frozen child, but Anabelle’s father has left: unable to cope, broken under the responsibility of having been the car’s driver. Then, one day, a visiting friend experiences what seems like a miracle. She thinks it’s because of Anabelle. Word spreads. There are more visitors. More miracles. But is there a connection? And does it matter? Will Anabelle ever wake up, and if she does, will the miracles cease?

Andrew Roe has crafted an intricate story, told by Anabelle, her parents, and the visitors, who include neighbors, a priest, the affluent and the downtrodden. What becomes clear is that life’s cruelties show no prejudice, but becoming a believer—in something, anything, even if you don’t understand it—can bring salvation.

More than a novel about a family in crisis, THE MIRACLE GIRL tells a larger cultural story, of how we live and hope and dream.

Born and raised in the Los Angeles suburb of Whittier, California, Andrew Roe has had his fiction published in Tin House, One Story, the Sun, Glimmer Train, The Cincinnati Review, Slice, Pank, Avery Anthology, Gigantic, Freight Stories, Failbetter, the Good Men Project, and other literary magazines, as well as the anthologies Where Love Is Found and 24 Bar Blues. His nonfiction has appeared in the New York Times, San Francisco Chronicle, Salon.com, SF Weekly, San Francisco Bay Guardian, and elsewhere. An alumnus of the Squaw Valley Community of Writers and Tin House Writer’s Workshop, he has received scholarships from the Getty Foundation and the San Francisco Foundation. Three of his short stories were performed by actors as part of the New Short Fiction Series, LA’s longest running spoken word series. Dan Chaon selected his story “Job History” for the Wigleaf Top 50 Very Short Fictions of 2012, and he has been nominated for the Pushcart Prize multiple times, including a One Story nomination for his story “America’s Finest City.” He earned a bachelor of arts degree in English/creative writing from San Diego State University, and a master of arts degree in literature from San Francisco State University. For over twenty years, he has worked as a writer and editor in the publishing and software industries. A member of PEN Center USA, he currently lives in Oceanside, California, with his wife and three children.
Loading...
or support indie stores by buying on