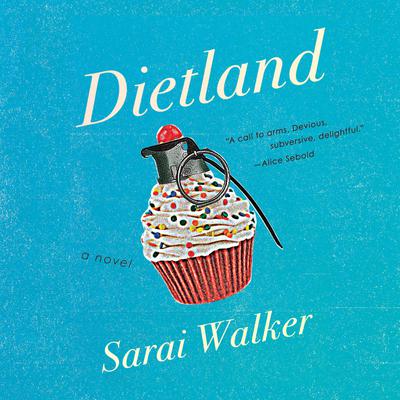 “Meet Plum, a woman who has forever defined herself by her obesity and who gets through her daily routine by looking forward to the life that will come after her weight-loss surgery. When Plum discovers that she is being followed by a strange girl, her life is changed forever. While Plum embarks on her journey of self-acceptance, a violent feminist crusade takes the world by storm. As the two storylines converge, readers witness an unexpected transformation. This is a fun, no-apologies-offered debut!”
— Tess Fahlgren, Fact & Fiction, Missoula, MT
View the List

Plum Kettle does her best not to be noticed, because when you're fat, to be noticed is to be judged. She is biding her time at a job answering fan mail for a popular teen girls' magazine until she can afford weight-loss surgery. But lately she is being followed by a girl in outlandish clothes and combat boots. When Plum finally confronts her, she finds herself falling into the mysterious world of Callie House, where an odd collection of women orbit around Verena Baptist, daughter of a famous diet guru. Verena offers to give Plum the money for the surgery, will force her to confront her past, doubts, and the real cost of becoming "beautiful."

Dietland is a scathing and revolutionary debut that takes on the beauty industry, gender inequality, and out obsession with weight loss—from the inside out, and with fists flying.